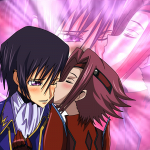 Do you have proof that what you wrote is factual? By this, I mean that you actually watched the damn DVD/whatever. DokutaFutomimi (talk) 21:52, February 14, 2016 (UTC)

You may have watched it, but I'd rather wait for at least proper subs to come out before we add the synopsis. So for now, I reverted your edits. We can add it back in later. Lelouch Di Britannia Talk Page  04:07, February 15, 2016 (UTC)

I've unblocked you. From this point on, please do not make comments on articles again. Thank you. Lelouch Di Britannia Talk Page  09:46, April 1, 2016 (UTC)

I think Di Britannia got rid of your comments. Lava under the bridge now. Anyways Wyatt 1993, if you know much about R2 then you may have noticed that it has some problems. Right now, I seem to be the only guy on this wiki who honestly believes that R2 has some serious flaws. More details can be shared or seen on the talk page here. DokutaFutomimi (talk) 01:37, April 24, 2016 (UTC)

By the way Wyatt, your 'lost episode' on Rolo's talk page is complete bullshit by my standards and even then I'm one of those people who would prefer that R2 had never existed in the first place. In regards to fan stories, there are two things that will make me leave it without turning back: Killing Nunnally or pairing with with either Rolo or Shitzaku. DokutaFutomimi (talk) 22:21, May 9, 2016 (UTC)

Re: Request to end the Lelouch vi Britannia page lockdownEdit

Lelouch vi Britannia was locked down to prevent vandalism from users like Hirishima26. Are you absolutely sure that you want just about anyone to edit the page again? DokutaFutomimi (talk) 22:20, February 4, 2017 (UTC)

Its pretty much exactly what Dokuta said. I locked Lelouch's page quite a while ago because its a high target of vandalism, and I know it will get even more with Resurection coming. I don't plan to undo t until after Resurection starts, since I want to keep speculation from getting passed off as fact. Anything that has you might want to add until then has to be run by me in detail, for exactly what changes you want made. BahamutX978 (talk) 01:43, February 5, 2017 (UTC)

The rest of Oz the Reflection ScansEdit

By any chance do you have the rest of Oz the Reflection Scans? (Includes both O1 and O2)

Just so you know, almost all of them were taken down at the Newtype Webcomics website and am looking to see if there is anyone that has these scans.

Retrieved from "https://codegeass.fandom.com/wiki/User_talk:Wyatt1993?oldid=70131"
Community content is available under CC-BY-SA unless otherwise noted.