Despite Orpheus' disappearance, Ganabati repaired and strengthened the Byakuen, believing in the eventual return of its rightful pilot. In order to keep up with the explosively developing Knightmares of new generations, he redesigned the basic frame and operational system, increased the efficiency of Air Glide System, and modified the head unit equipped with EMP device.

Just like with its predecessor, Rekka Byakuen's main weapon is swissknife-like device called "7-Type Integrated Armament Right Arm", or "7-Type" for short. It retains all six weapons of the first 7-Type and has an additional seventh feature which was in plans for the original Byakuen but was delayed in development; "Long-range Railgun". The said Railgun is formed by combining the Electromagnetic Accelerator Cannon of 7-Type with the newest equipment of Rekka Byakuen - "Variable Super Electromagnetic Barrel Device". The Sakuradite activation drive installed in it allows to fire projectiles at super high speed and with enough kinetic energy to pierce even the Blaze Luminous.

The Gefjun Breaker had also undergone significant changes. With its ability to stop the movement of all Sakuradite-powered devices within a 100m circumference surrounding the Byakuen, it was a powerful weapon on its own, but it had one fatal weak point; because of the Gefjun field unfolded around it the Byakuen itself also lost power. The upgraded version of device, named "Directed Gefjun Breaker", projects the directed, wide radiation pattern Gefjun beam which does not interfere with Rekka's performance thus solving the 'double-edged-sword' problem.

It was first fielded at Longmen Grottoes where Orpheus regained his memories and his past self. He used Rekka to repel the Pluton forces sent after him and his siter Oldrin.

Its second skirmish was with Vincent Pluton Custom piloted by Hyde Snape, Pluton operative and the fourth in Orpheus' hit-list.

The last appearance of the Rekka was in its fight with Agravain at the grave of Olivia Zevon, mother of Orpheus and Oldrin. Orpheus emerged victorious but spared the live of his uncle Oiaguro.

It was upgraded to Gouka Byakuen in preparation for the final attack on Damocles, performed by combined forces of Peace Mark and Glinda Knights. 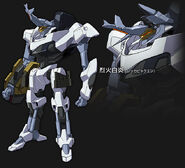 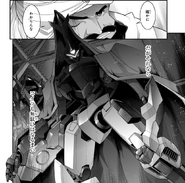 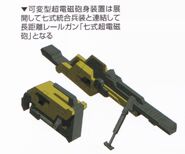 Add an image to this gallery
Retrieved from "https://codegeass.fandom.com/wiki/Rekka_Byakuen?oldid=73888"
Community content is available under CC-BY-SA unless otherwise noted.