The Portman II (ポートマンII, Pōtoman II) is an amphibious Knightmare Frame fielded by Britannia in 2018. It largely replaced the original Portman as the primary naval knightmare, but is also capable of land and air combat. Portman II are first seen being deployed en masse by Suzaku Kururugi in an attempt to capture the Black Knights, but this failed as a plan set in motion by Zero destroyed most, if not all, of the Portman IIs deployed as well as Britannia's surface fleet. Some Portman II were later seen failing to shoot down the Shinkiro after Zero's identity and Geass were revealed. During the Battle of Mt. Fuji, a single Portman II was part of Lelouch's squad when he infiltrated Damocles, but it was destroyed by the Blaze Luminous shielding of the airship as it was the last in the group to try to make it through the temporary hole Lelouch had created.

The Portman II was created after the success of the initial Portman. It is considerably faster and more specialized than its predecessor, though it still shares the same weaponry. Compared to the original, the Portman II adds an extra pair of forearm-mounted turbines on its design and replaces three-fingered claws with a smaller five-digit hands. It can be fitted with an optional Float Unit backpack, consequentially changing the machine designation to RMI-U14FA Portman II Air. 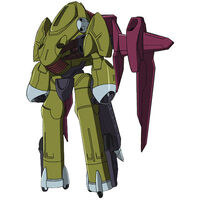 Portman II with Float Unit
Add an image to this gallery

Retrieved from "https://codegeass.fandom.com/wiki/Portman_Type_2?oldid=63717"
Community content is available under CC-BY-SA unless otherwise noted.