Start a Wiki
The fifth-generation RPI-209 Gloucester (グロースター, Gurōsutā) is a remodeled Sutherland with focus on close combat. Ordinary models are painted a flat, dull purple, but a few ranked-officers units are known to be custom painted. For example, Guilford's and Darlton's units sport a more vibrant deep-purple color scheme, while the elite Glaston Knights mostly retain the standard colors except for their shoulders and the sides of the head, which are blue. The cape on standard-model Gloucesters are a muted dark blue-grey, while those of Guilford, Darlton, and the Glaston Knights are more navy-blue.

Following the failure of Zero's Black Rebellion, the Gloucester replaces a majority of the Sutherlands as Britannia's mainline Knightmare, while maintaining its high performance unit status.

Featuring enhanced hand-to-hand capabilities, in addition to standard Sutherland equipment, the Gloucester also uses a large jousting lance and, to further draw into a medieval knight's motif, is occasionally draped in a cape - Cornelia, her knight Guilford, and the Glaston Knights habitually equipped capes to their units, though Andreas Darlton did not. The unique lance, dubbed as the "EM (Electromagnetic) Jousting Lance", incorporates a set of expanding prongs on four sides that makes possible to trap and disarm enemy weapons. Combined with the Gloucester's high mobility, this fearsome weapon can be used to penetrate right into an enemy Knightmare's cockpit, killing the pilot and preventing him from escaping via the standard ejection system.

During the Area 18 campaign, several Gloucesters were equipped with sand panels similar to those used by the Z-01 Lancelot in the Battle of Narita. Furthermore, it can be fit with an optional Float Unit backpack, consequentially changing the machine designation to RPI-209FA Gloucester Air (グロースター・エア, Gurōsutāea).

Exceptionally, the Glaston Knights units were shown to equip two "Sattel Waffen" five-barrel missile launchers attached to the sides of the cockpits, while Guilford's Gloucester has been fitted with a pair of MVS stored in black scabbards on the sides of his Gloucester's cockpit.

The RPI-209/G Gloucester Glinda is a variant of the Gloucester that appears in the manga and photo story, Code Geass: Oz The Reflection. The Gloucester Glinda is a Gloucester frame that has been modified for the Glinda Knights. Besides its lance and other regular Gloucester armaments, it is equipped with two powerful oscillating Maser Vibration Swords, but since using them consumes a lot of energy, it cannot be used in prolonged battles. Its operational history consists of a battle simulation, where it was piloted by Oldrin Zevon against the Guren Mk-II and against the Britannian terrorist group the Wings of Talleyrand while the Lancelot Grail was being repaired. It was destroyed in battle. However, the Glinda Knights mass-produced in Gloucesters in Glinda red and gold colours.

The RPI-209/PC Gloucester Pluton is a variant of the Gloucester that appears in the manga story, Code Geass: Oz the Reflection. It is used exclusively by the Britannian special forces group, “Pluton”, which undertakes dirty jobs for the royal family. Since its interior frame and OS has been customized, it is more highly efficient than the regular Gloucesters, although it possesses the same standard armaments. Like all other Pluton Knightmare units it has completely black armor along with purple on the shoulder armor, Factsphere face-plate, and also on the hip guards.

The RPI-209AFA/C Gloucester Air Custom is a machine of unknown affiliation that aimed at Marrybell's life. Head has been changed to an unregistered unit, and registration number has also been deleted. However, a base machine like a Gloucester equipped with a Float Unit was very rare at the time compared to a Sutherland so only a person of high societal status is perceived to have access to it.

The Gloucester Swordsman is variation of the Gloucester used by elite knights of Euro Britannia. The unit is exactly identical to the original Gloucesters performance wise, although parts of its armor have been re-designed and thus the appearance looks remarkably similar to traditional medieval knights motif of old. 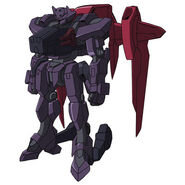 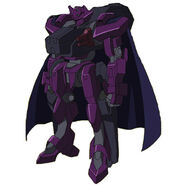 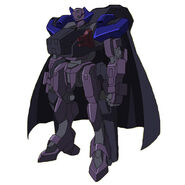 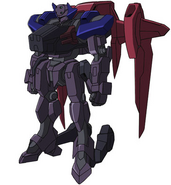 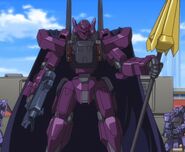 Knightmare Design of the Knights of St. Raphael Gloucester.

Gloucester lined up as honor guards

A Knight of St. Michael attacking

Ashley Ashura on The Orthodox church of Transfiguration (Movie) 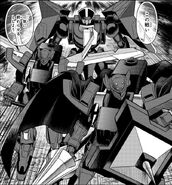 Gino and Luciano's Custom Gloucesters
Add an image to this gallery

Retrieved from "https://codegeass.fandom.com/wiki/Gloucester?oldid=73826"
Community content is available under CC-BY-SA unless otherwise noted.