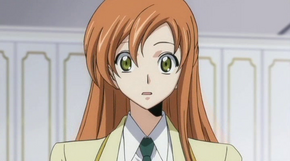 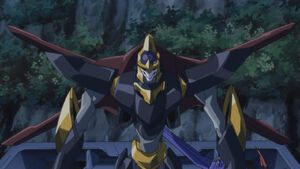 The Shinkirō (蜃気楼, Shinkirō, lit. Mirage) is an Eighth Generation Transformable Knightmare Frame constructed for Zero's (Lelouch vi Britannia's) personal use. It possesses an integrated Air Glide System for flight and can transform into a submarine/jet fighter to move underwater and/or fly, which Lelouch uses to travel to and from Japan undetected. Its Armour is primarily black and gold, and it has several unusual physical features. Its feet are not round, instead consisting of eight large toes, and its head has four eyes. Its cockpit is also much wider. In addition to the standard control yoke system, the Shinkirō has keyboard-based controls similar to those used on the Gawain.

Hello, i'm LuvOf99Th an ActiveContributor HeRe, Go to my Profile for more Details.

I've created this BlogPost, as i never Found any Good and Large PollBlog, on CodeGeassWiki-Fandom also i want to know f…

I just needed to put this somewhere and the official page isn't a good place.

I'm hoping to add data for Eliza. I'm trying to translate her diary entries but written Japanese is really hard for me so …

Retrieved from "https://codegeass.fandom.com/wiki/Code_Geass_Wiki?oldid=76513"
Community content is available under CC-BY-SA unless otherwise noted.