Code Geass: Renya of Darkness (コードギアス 漆黒の連夜, Kōdo Giasu: Shikkoku no Renya) is a side-story of the Code Geass series. The story takes place in the same official Code Geass timeline as the anime, though it is set in the Edo period (1860s). It began its publication in the May issue of Shonen Ace in 2010.

Renya is a 17-year-old boy with a mechanical left arm who resides in a hidden village with his friends where they are expected to master the arts of ninjutsu. When the village is attacked and his friends are captured, Renya encounters a witch named "Reifū C.C.". Appearing in Japan to find a new partner to form a covenant, her attempt to bestow her power on Renya goes awry and becomes a curse instead.

Meanwhile, Renya's friend Carla is soon revealed to be "Claire li Britannia", the heir to the throne of Britannia, and they all become targets of mysterious entities known as the "Knightmares". 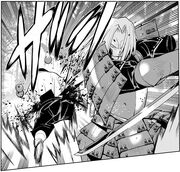 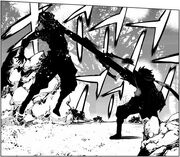 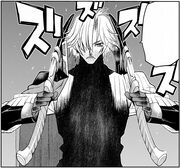 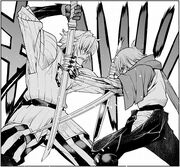 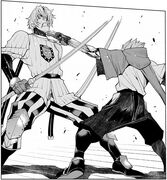