Code Geass: Lelouch of the Rebellion I — Initiation

'Code Geass: Lelouch of the Rebellion I — Initiation' (コードギアス 反逆のルルーシュⅠ 興道, Kōdo Giasu: Hangyaku no Rurūshu I Koudou) is a 2017 anime movie, animated by Sunrise. It is a compilation of Code Geass: Lelouch of the Rebellion R1 up through the events of Episode 17. It was directed by original series director Gorō Taniguchi. The movie was licenced for international release by Funimation, and sub-licensed for Australian and New Zealand release by Madman Entertainment.

The movie starts with Lelouch Vi Britannia renouncing his entitlement to the throne after the murder of his mother Marianne. In response, Lelouch's father, Charles Zi Britannia exiles both Lelouch and his little crippled sister Nunnally to Japan as political pawns. After this, the movie summarizes Britannia taking over Japan and renaming it Area 11. In the aftermath of Japan’s invasion, the movie then recaps most of the events that occur from episodes 1-17 with several small changes that deviate away from the anime, thus making the Code Geass recap film universe an alternate timeline. 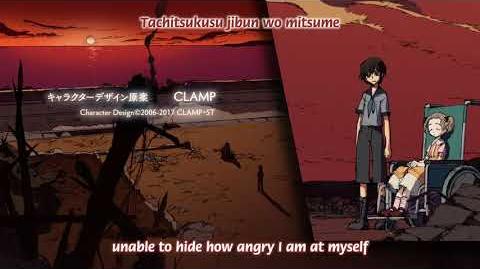