Start a Wiki
The Burai (無頼, Burai) is a remodeled version of the Glasgow Knightmare Frame manufactured by the Kyoto House and operated by the Black Knights and the Japan Liberation Front. Designated as the Type-1R, the Burai acts as the mainline Knightmare Frame of anti-Britannian resistance groups for a majority of the First Black Rebellion. It is eventually replaced in a.t.b 2018 with the newer 7th generation Akatsuki as the Black Knights choice of mass-production Knightmare unit, though they did see use in training new recruits to the Black Knights.

Though Japan was easily conquered by the Holy Britannian Empire, its surrender was ultimately forced by the sudden death of Prime Minister Genbu Kururugi at a point when the country's military was still eager to fight. As a result, even seven years after when the former nation, now renamed as Area 11, is firmly under Britannian control, the region was a hotbed of resistance as former soldiers and Japanese nationals attempted to fight back as best they could. One method of resistance was provided by the Kyoto House, a group of Japanese industrialists who fund and support anti-Britannia groups in strict secrecy. Using their wealth of resources, the Kyoto House constructed the "Type-1R Burai" a Knightmare Frame that is heavily cannibalized from the former Britannian operated RPI-11 Glasgow.

At its core, the Type-1R is still a standard Glasgow Knightmare, with no real significant upgrades that have been made to give it any form of performance boost that assist it during combat scenarios. As such, the Burai still falls under the category of a 4th generation Knightmare Frame. The only notable changes to the original Glasgow design were the addition of a samurai-styled head attachment, with fang-like cheekbones which give the appearance of a Japanese Oni, and hand protectors, small shield-like bracers that allow the Burai to better defend against direct melee enemy attacks, though these changes are very minor and cosmetic at best. Also the torso mounted anti-personnel machine is now permanently fixed on the chest instead of being stored inside the chest compartment and needing to be manually deployed first.

Aside from the aforementioned additions, the Burais appearance is exactly identical to the Glasgow. The color scheme of the Burai can vary on who its operator is, for example units used the JLF (Japanese Liberation Front) are seen in traditional military green colors, while the most common are Burais operated by the Black Knights which are grey with faded brown secondary colors. Additionally, Kallen Kozuki is shown to pilot a custom red Burai, which was most likely upgraded from her original custom Glasgow that she used in the early stages of the series. Since the Burai is predominantly a machine used by the Black Knights, their leader, the masked figure known only by Zero, pilots a unique customized unit with a red head module and golden horns resembling those on a samurai's helmet, it is also has darker grey and more prominent brown secondary colors to its appearance.

For armaments, since the Burai is heavily re-used from the Glasgow design, it posses much of the same Knightmare weaponry that was seen fitted to the aging machine during its use by Britannia. This includes common weapons such as the Assault Rifle (with Grenade Launcher attachment) Giant Cannon rocket launchers, elbow mounted Tonfas (note that these are not shown to be the same Stun-Tonfa weapon used by the likes of the Sutherland which have built in stun guns) The only known armament shown to be exclusive to the Type-1R are wrist mounted missile launcher pods, which can house up to 8x missiles in total. Apart from the elbow mounted Tonfa batons, the mass production Type-1R Burai has not been shown to use any form of weapon specifically for use in close quarters combat, instead this was more suited to the "Type-10R Burai Kai", an improved variant of the Burai piloted by the elite members of the Four Holy Swords, which welded powerful Revolving Blade Swords.

Due to the fact that the Burai is essentially a re-cycled Glasgow, it still holds a performance level which places it in the 4th Generation of Knightmare Frames. This proves to be somewhat of a liability, as its general performance and effectiveness is sub-par in comparison to the likes of 5th Generation Knightmares that were already fully in use with the Britannian Military forces, such as the RPI-13 Sutherland and later the RPI-209 Gloucester, therefore the Burai can be easily out matched and out maneuvered by these very Knightmare Frames in most battle situations. Because of this, the Burai relies more so on its sheer numerical strength of being a mass-production unit rather than all out combat efficiency as a machine, and since it is build upon the aging Glasgow platform, it is much more cost efficient for the Kyoto House to produce in large numbers, rather than having to invest in more modern, more powerful, Knightmares of a higher technological generation which would ultimately be far too costly for mass-production.

Main article: Burai KaiThe Type-10R Burai Kai is an optimized version of the Type-1R Burai, that was created for the Japanese Liberation Front's elite unit, the Four Holy Swords. The most distinctive change to the base Burai unit is the addition of a pair of long, trailing antennae mounted on the back of the head. Additionally they are shown to wield the powerful Revolving Blade Sword, a katana like weapon which they use for close quarters combat, thus further adding the Burai's general samurai aesthetic.

Main article: Burai Experimental Radiant Wave TypeAs its name implies, this is a variation of the Burai that mounts a Radiation Wave Surger arm unit. During the early development stages of the video game Code Geass: Lelouch of the Rebellion - Lost Colors, Rai was supposed to pilot this machine if he were to join The Order of the Black Knights. However, the idea was rejected and the Burai Experimental Radiant Wave Type lost its role in favor to the Gekka Pre-Production Test Type.

The following variants are exclusive to the Code Geass: Lelouch of the Rebellion Nintendo DS video game only.

Main article: Burai Drill TypeDrill Type was developed to specialize in construction and demolition. It has a yellow color scheme and has replaced the hands with drill arms. It also retains the two chest-mounted Slash Harkens.

Main article: Burai Heavy Weapons TypeHeavy Weapons Type has been modified to utilize a variety of Heavy Duty weaponries. It has a light brown color scheme and additional Landspinner Propulsion System on its back.

Main article: Burai Powered TypePowered Type has a black color scheme and a pair of giant claws acting as a main melee weapon for it. 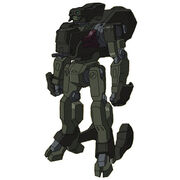 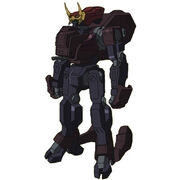 Burai using its Slash Harken and its Factsphere sensor at the same time.

Add an image to this gallery
Retrieved from "https://codegeass.fandom.com/wiki/Burai?oldid=73778"
Community content is available under CC-BY-SA unless otherwise noted.