Start a Wiki
The Alexander Type-02 designed for the personal use of Ryo Sayama of the Europia United Special Forces unit wZERO.

The Alexander Type-02 is a variation of the Alexander used by wZERO based off of the first Alexander series, and each one is customized for its specific pilot. Its armaments consists of one WAW-04 “Judgement” 30mm Linear Assault Rifle which can be either handheld or attached to one of sub-arms on either side of the cockpit, two fixed "Uruna Edge" (ウルナエッジ) Knives that are stored underneath the wrists of the Alexander and are capable of piercing through the armor of Knightmares, and Ryo's personal unit used a 6-tube NbW12 Missile Pod mounted on its left sub arm, and a variable axe that could be stored on its left forearm hardpoint. 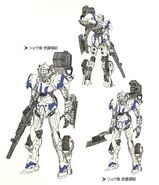 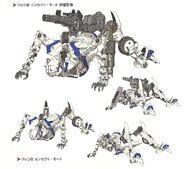 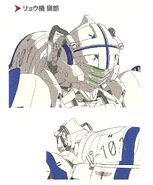 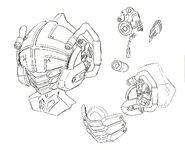 Add an image to this gallery
Retrieved from "https://codegeass.fandom.com/wiki/Alexander_Type-02_Ryo_Version?oldid=70642"
Community content is available under CC-BY-SA unless otherwise noted.