The Akatsuki Command Model (暁直参仕様, Akatsuki Jikisan Shiyō) is a variant piloted by the squadron leaders in the Black Knights. It bears a much closer resemblance to the Gekka than the standard Akatsuki Mass Production Model. Nagisa Chiba, Shōgo Asahina, and other squadron leaders pilot dark blue versions. C.C. pilots a pink version of this unit.

Black Knights engineer Rakshata Chawla designs a commander unit, dubbed the Jikisanshiyō, "Jikisan" being an old Japanese word for the direct subordinates of the Shogun. Boasting performance that surpasses the baseline Akatsuki, one important feature of the Command Model is a pair of Radiation Wave emitters mounted in the head, which allow it to generate a defensive barrier like the Type-02 Guren Mk-II.

It is equipped with similar weaponry than the standard Akatsuki, but carries the full-sized Katen Yaibatou instead of the scaled-down baton version. Among its optional weapons, the 2-barrel Hand Gun and the Radiation Wave missiles are the most common sight. They may also make use an optional Air Glide Wing unit, consequentially changing the machine designation to Type-05S/F2F Akatsuki Command Model Flight-Enabled Version. 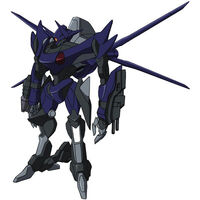 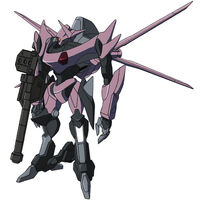 C.C.'s Akatsuki Command Model Zikisan
Add an image to this gallery
Retrieved from "https://codegeass.fandom.com/wiki/Akatsuki_Command_Model_Zikisan?oldid=65319"
Community content is available under CC-BY-SA unless otherwise noted.